A node module to provide the ability to build production and development bundle files for foreman core and plugins.

For now, it contains the babel shared configuration that webpack and other tools uses.
This PR is a WIP to add the building abilities to @theforeman/builder.

How I expect it to be consumed?

Fixing - RM #27195 - Plugins js/css build with webpack cause to copy the full js/css of the core to each plugin by creating a new separate process to build foremanReact/react_app into a standard library using webpack-4.

How to build a library with webpack:

There is already a PR exists in foreman-js to put all the needed webpack configurations in @theforeman/builder and adding the tfm-build executable:

The goal is to add the library option so it would add some configurations that would build your entry to a library. 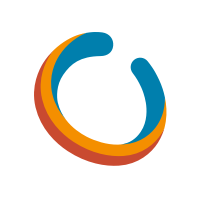 Builds multi-config webpack projects in parallel. Contribute to trivago/parallel-webpack development by creating an account on GitHub.

Feel welcome to comment on anything, suggest changes and contribute to the effort.

I am confused. I recall a conversation back in May 2019 about this topic and was under the assumption, this was the priority and was supposed to be resolved in last 6 months.

I understand the vendor package was supposed to help with this issue and there may be still some edge cases not yet resolved, however this post suggests we haven’t started with the redesign and plugins are not yet ready to consume the react. So my questions are:

The last question is driven by my frustration, caused by seeing the same issues in nightlies, like a year ago. We haven’t resolved this yet, although react was introduced more than 3 years after to our UI stack. We’re trying to solve this since 2017. It almost feels it’s not possible to resolve it and we should change the direction. There are many other options I believe.

I would agree the process is not perfect and we can optimize it quite a lot. But I would suggest we can postpone this and move to more pressing issues like redesign the provisioning scenarios to make more sense and move it all to react.

So I think the main question is: can we live without this for a while?
I believe all the described issues can be lived with for some time, right?